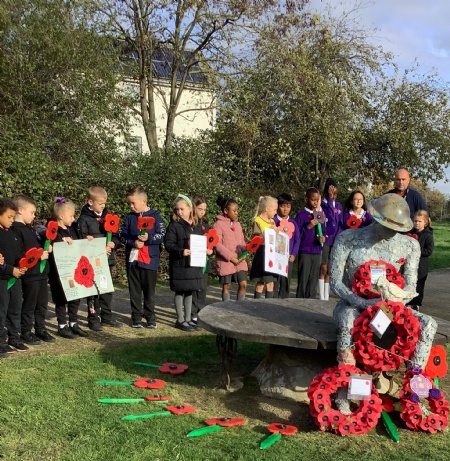 On Friday 11th November 2022 children and staff at Dartford Bridge Community Primary School took a moment to reflect on the sacrifices made by the many that fell in battle to protect freedom in the 1st and 2nd World Wars.

Our school councillors, members of staff who are veterans and children with families who fought in, WW1 And WW2 gathered alongside other community members to pay their respect.

On this day it is traditional for people to wear a Poppy. By wearing a poppy, you are showing respect and support for the service of Armed Forces, veterans and their families. The flower represents lives lost in all conflicts from the First World War to present day.

Remembrance Day is a National Day of Memorial to remember and honour service men and women who lost their lives in WW1. A two-minute silence is held at 11am on November 11, which marks the day the armistice was signed between the Allies and Germany that brought the end of WW1. 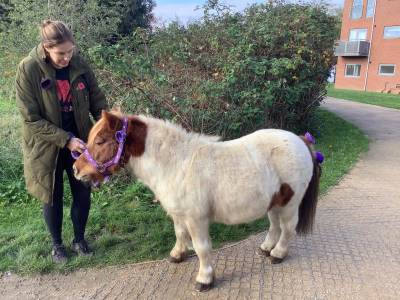 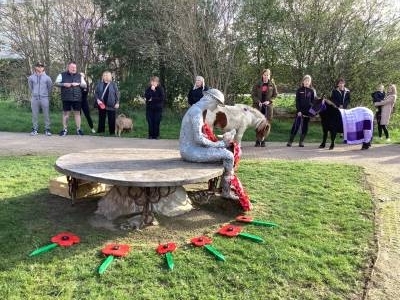 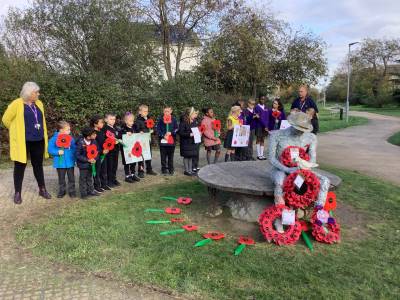 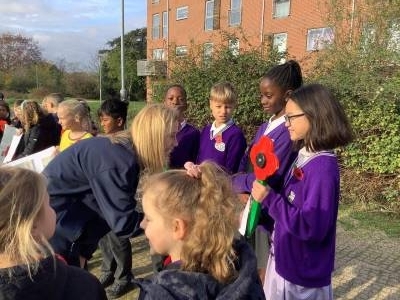 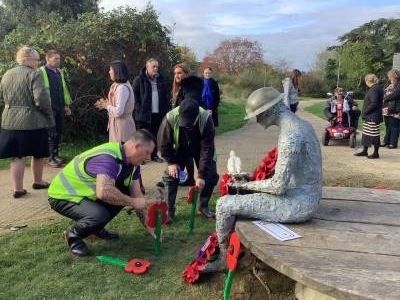 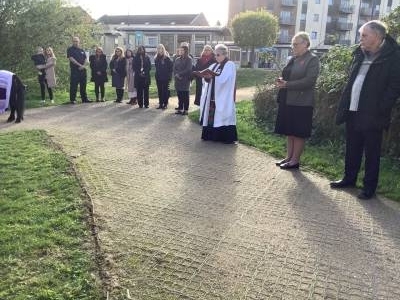 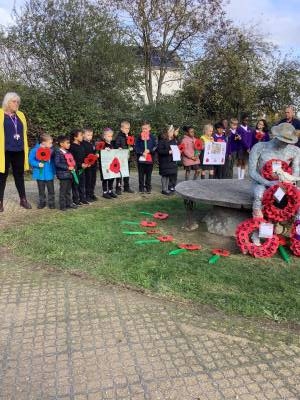 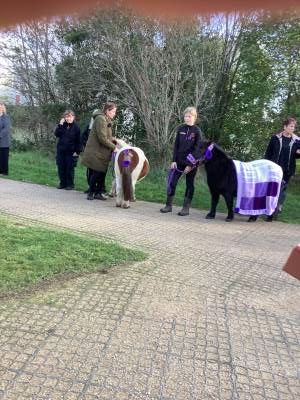 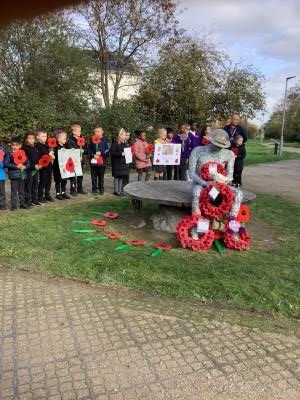 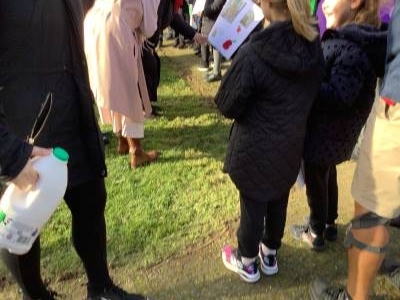 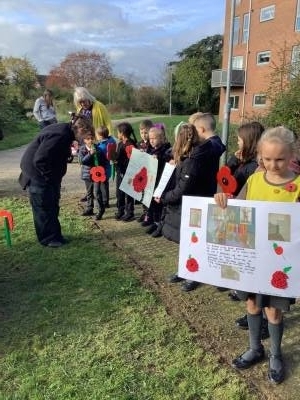 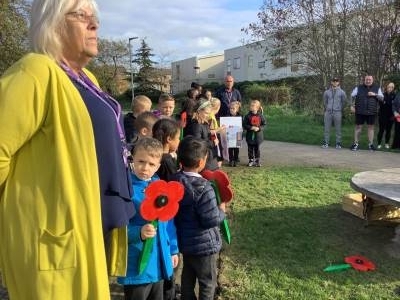 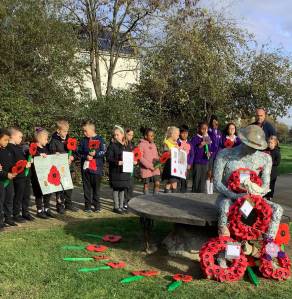 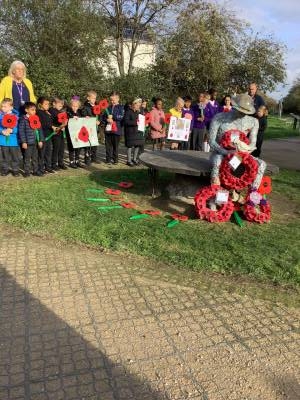 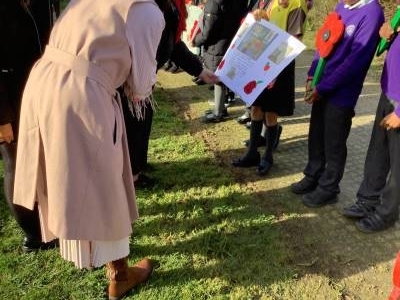 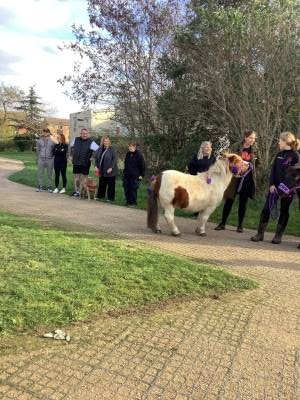 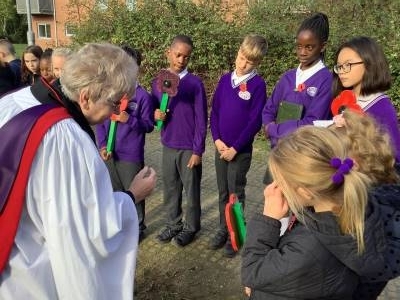 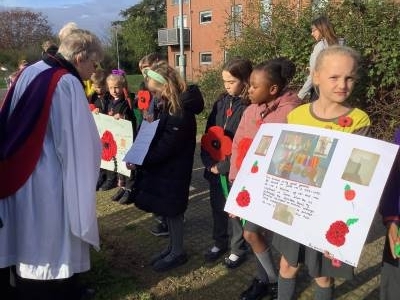 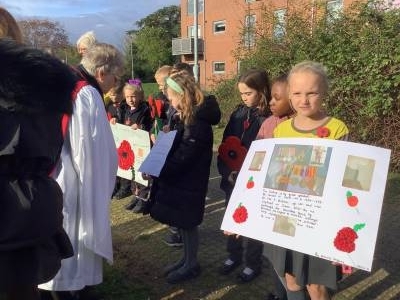 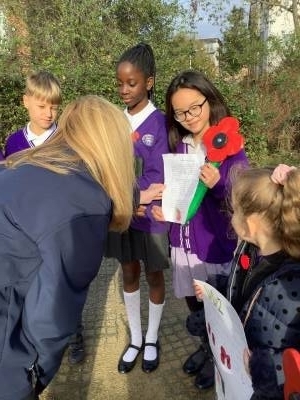 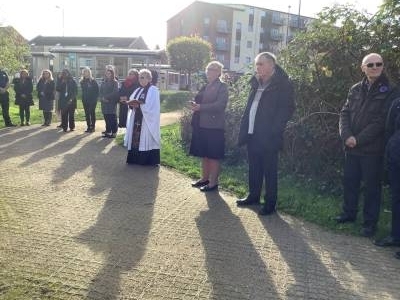 Remembrance Day was first observed in 1919 throughout the British Commonwealth. It was originally called “Armistice Day” to commemorate armistice agreement that ended the First World War on Monday, November 11, 1918, at 11 a.m. on the eleventh hour of the eleventh day of the eleventh month.