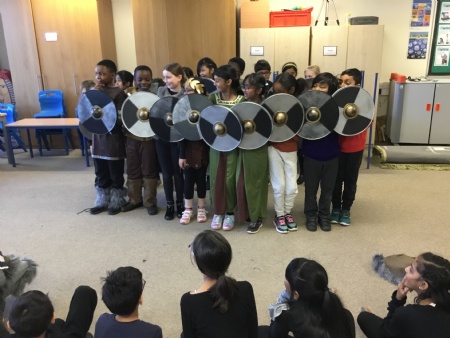 This week we had a brilliant time being fearsome Vikings for the day to help explore and investigate our learning question – Were Vikings heroes or villains?

We started our day in full Viking battle costume and then spent the rest of it exploring what life would have been like for a Viking on a raid to Britain.

We learnt about the deadly weapons which Vikings used in battle, armour which they wore and the drills they would have done to get ready for battle.  We were able to try on the armour and handle the weapons they used as we well as being drilled as a Viking warrior!